A Tesla Model 3 has been destroyed in a horrific crash in Corvallis, Oregon; yet, thankfully, its driver escaped without serious injuries.

It is understood that the driver of the Model 3 was under the influence when he lost control of the EV, speared off the road, smashed through two trees and sheared through a power pole. The car was almost ripped in half in the crash.

Police believe the driver was traveling at speeds exceeding 100 miles (160 km/h) at the time of the accident. Photos shared online by the City of Corvallis Police Department show that parts from the Tesla, included individual battery cells, were scattered across the street. 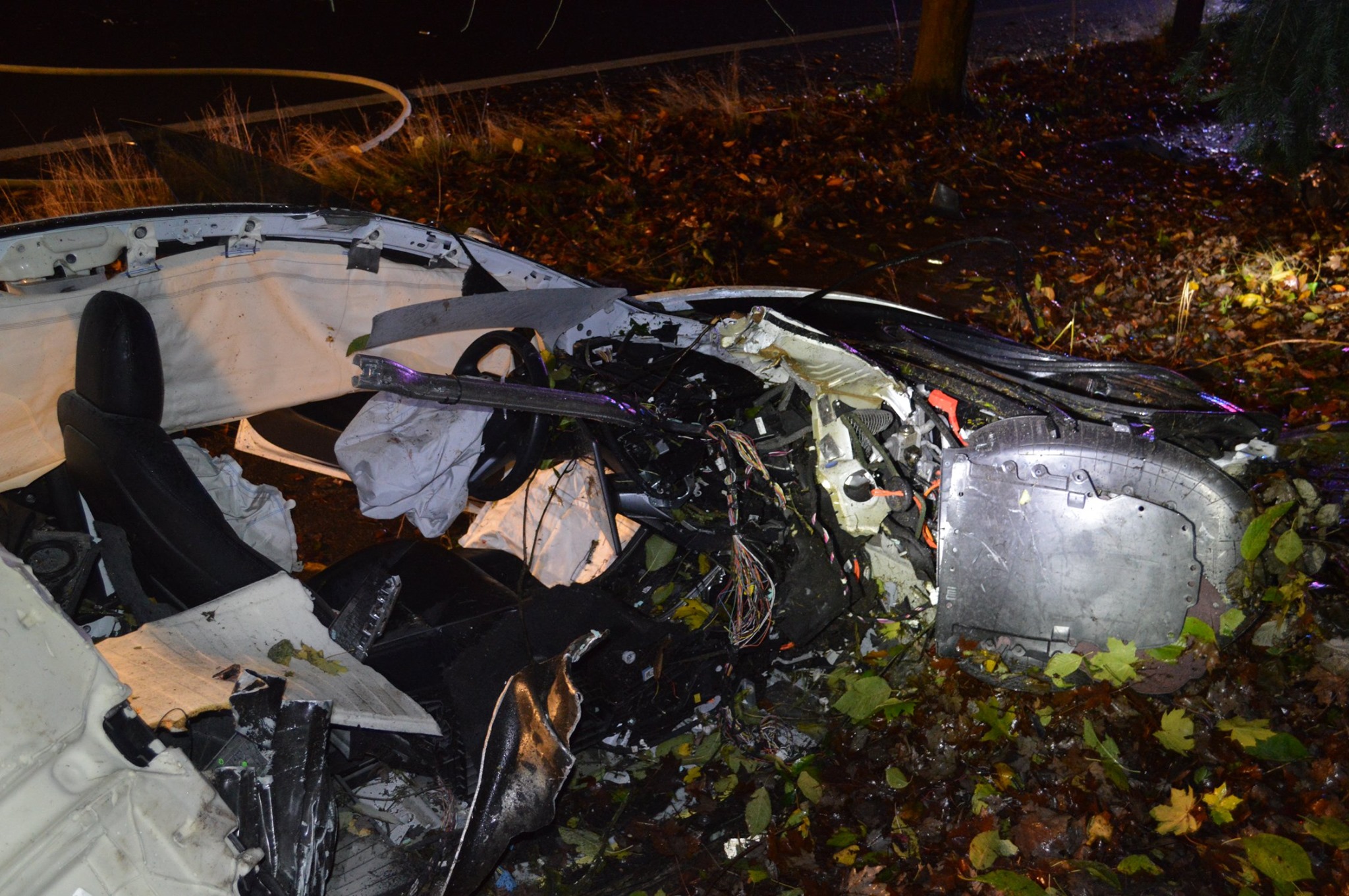 The battery pack of the Model 3 is made up of several thousand cylindrical battery cells and the crash was so severe that it was pierced and individual cells were thrown from the crash site. Moreover, battery cells broke the windows of two nearby properties. One ended up on a bed, triggering a fire and another landed on a local resident’s lap, while a tire ripped from the car struck the second story siding of a nearby apartment complex and ruptured the water pipes within the wall, destroying an apartment’s bathroom and flooding a part of the residence.

The City of Corvallis Police Department said it made a concerted effort to collect as many individual battery cells as possible but has warned local residents to be on the lookout for any that may have been missed. It has warned that the cells can stay hot for up to 24 hours and can release toxic fumes and substances.

The driver, Dylan Milota, was reportedly impaired with marijuana at the time and cited at a nearby hospital for DUI – Drugs, Hit and Run, Criminal Mischief 2, Reckless Driving and Reckless Endangering.

Dogs are the only service animals allowed to fly on passenger planes, DOT rules – NBC News

Please log in again. The login page will open in a new tab. After logging in you can close it and return to this page.